Who Was Queen Esther and Why She Was a BadASS!

Queen Esther--- the heroine of all heroines

Hadassah, aka Queen Esther, was a sexy lady that used her wits and then her beauty to single-handedly derail the plot to wipe out the Jewish community of Persia.

Esther is her name. And she has a holiday to pay tribute to her success.

It’s safe to say that Purim is triumphant, noisy, even rowdy, and there's a playful carnival atmosphere to this holiday which will be observed usually in late February or early March, which is the Hebrew date: 14th day of Adar.

Even though it's technically a religious day of celebrations and you're supposed to read from the Book of Esther, it's become more of a celebration than a structured holiday.

Traditions vary though, depending upon where in the Jewish world you are.

But you've got to see this video first before we go on any further.  It's the actual grave of Esther and Mordechai in Iran that is located in the northwestern city of Hamadan, which is about 335 kilometers west of the capital, Tehran.

Although there were protests and a fire was set to the tomb in 2020, there was no apparently no grave damage inside, according to the Time of Israel.  Students

The mausoleum of Mordechai and Esther is protected under Iran, added to the National Heritage List on December 9 2008, where it was to be under official government protection and responsibility. But that didn’t last long.  In 2011 it has been reportedly downgraded in its status, just weeks after a protest was held at the site in response to unfounded claims that Israel was threatening to tear down the Al-Aqsa Mosque in Jerusalem.

The people who threatened to destroy the tomb were Basij members from the Abu Ali Sina University, with ties to Islamist regime. Thankfully there was no apparent damage found inside of the tomb.

This amazing video will give you the chills, it's like a living story from the Bible come true before your eyes.

In case you ever go to Iran, here is the TripAdvisor review of the grave.

Written in the Book of Ketuvim (Writings), the third book of the Tanach (Torah, Prophets, Writings).  It's really known as the Book of Esther, or in Hebrew as the Megillat Esther.

It's the ultimate heroine story-- it could actually be a HUGE movie production, a modern (or ancient) day tale where a female star saves an entire people from genocide, and the bad guy, Haman-- it's off with his head!

We've seen this movie a million times before of course, but in this case it was a true story with a true outcome.

Of course, there were some movies made about Esther, like the 1960's Esther and the King featuring Joan Collins

Let's just say they weren't Oscar winners, but the true story did better than a trophy, it saved the entire Jewish people from genocide.

Which, of course, amounts to more than any monetary value any film can bring in.

In a nutshell, let's travel back to Persia in the year 357 BCE.

Meet the King of Persia, Ahasuerus

He's the partying type and loves a good looking lady.  His wife, Vashti, isn't holding up her end of the bargain so she is dismissed and a beauty pageant of sorts begins in Persia.

King Ahasuerus has high standards for his next wife-- looks, looks and better looks.

Mordechai, his trusted advisor brings him his niece, Hadassah.

But, she goes by Esther, which is her Persian name, Hadassah being her Jewish name.  (See, we had Jewish names back then too!)

Time goes by and the two are married.

More time goes by and the prime minister of Persia, Haman, decides he hates the Jewish people and they must be 100% gone, expelled, done away with.

An ancient Hitler, an Amalek for sure.

Mordechai, the trusted advisor of the King learns of Haman's plot and knows he has to do something, for he and Esther are both Jewish.

So, the two come up with a plan.

A costume themed banquet is planned, where Haman, Mordechai, and the King all attend and Esther reveals her religion and Haman's ugly and disgusting plot to wipe out of all the Jewish people.

Ahasuerus is furious at Haman!

And, off goes Haman's head.

Queen Esther (and Mordechai) save the entire Jewish people. When you look at all of the holidays within Judaism, they seem to be strewn with solemn sacred occasions.  Many holidays do command reverence in its most solemn forms, such as atonement.

Then there is Purim.

According to Tourist Israel, Purim is one of the most widely celebrated festivals in Israel.

Picture this: Halloween on steroids.

But, aside from the mandatory "get really, really drunk" at Purim and dress up in costume, there is another celebration of giving mishloach manot.

The Book of Esther commands us to give gifts of food (or money for food) to the needy.  To ensure that everyone has enough food for the Purim feast held later in the day, and to increase love and friendship among Jews and their neighbors.

The gift baskets, mishloach manot, are incredible displays of generosity. You should see the Pinterest listings on what you can create!

In this sense, we consider Queen Esther to be the grandmother of the modern-day “goody-bag’!

Baskets of cookies, especially the buttery poppy-seed treats known as “Hamantaschen”, are a Purim classic, and lots of other favorites find their way into Purim gifts. 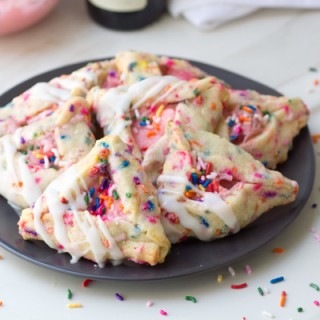 There are a gazillion ways of making these three corned delicacies. They only thing needed is the three corners, to represent Haman's hat.

From sweet, like the one above to the savory (think pita and hummus) hamentaschen see recipe here, there are many varieties and tastes to choose from. 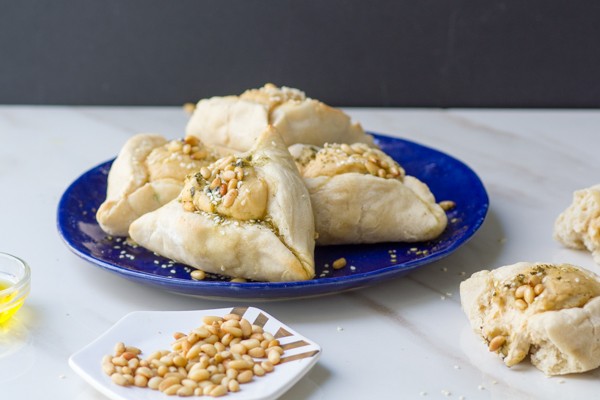 Our suggestion: in addition to snacks and sweets that will be gone before you can say, “baruch Mordecai” (“Blessed be Mordecai”), include a gorgeous, enduring piece of Alef Bet jewelry in your special Purim gift-baskets.

Our selection includes many small treasures, such as a bendel bracelet featuring the simple red “protection” cord, clasped by a delicate hamsa in sterling silver.

Or maybe a simple chai necklace to remember the sweetness in life and to fill your life with blessings and a bright future. 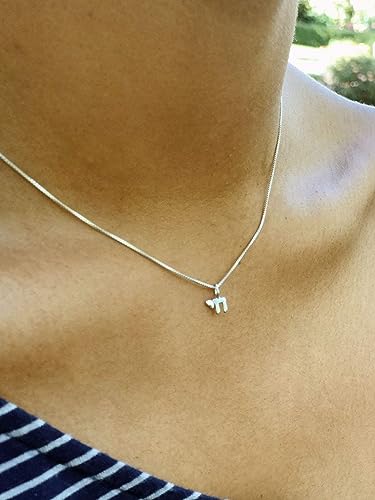 Lots to choose from, something sweet and lasting to celebrate a joyful Purim.

Wishing you all a Happy Purim.

And let us know how you're going to be a BADASS and stand up for what's right in this world!

Happy Purim, and don't forget to let us know how you liked this post and the video in the comment section!